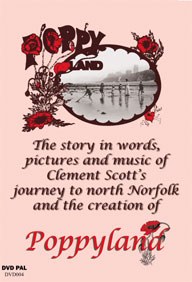 Actress Bryonie Pritchard, who has herself sung Scott's "Garden of Sleep" on stage, narrates the story, and Michael Strobel provides Scott's voice to bring his poems and prose to life. With music from Alistair Murphy, developed from Isidore de Lara's original Victorian theme, and film from Cromer, Overstrand, London and even Niagara Falls, the life of Clement Scott and 'Maid of the Mill' Louie Jermy can be enjoyed on screen.

The DVD menu proivdes the chance to hear Isidore de Laura's 'Garden of Sleep' song in its entirety.