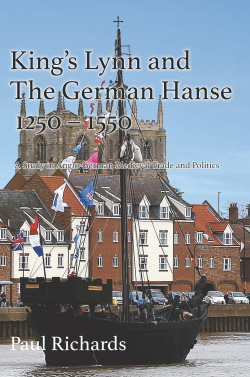 Paul Richards conducts a thorough survey of Anglo-Hanseatic commerce through the East Anglian ports in the 15th century and explores the political consequences of English merchants beginning to penetrate the German Baltic during this period.

A short Anglo-Hanseatic Sea War ended with a peace treaty (1474). One provision was the establishment of a German trading post in King's Lynn, known today as Hanse House. The history of this building and its national importance is explained in depth.

In the 21st century, King's Lynn became the first English member of the modern Hanse, an active network of some 200 towns and cities, spread across sixteen northern European nations, that had connections with the medieval Hanseatic League. Today they celebrate their heritage through an annual International Hanse Day as an inspiration for developing community cooperation.