east anglian history books
Poppyland
Publishing
authors
back
<
A School Through Time: 200 Years in the life of Antingham and Southrepps School and its people
Manifestations of Madness: Women's Voices from the Norfolk County Lunatic Asylum
King's Lynn and The German Hanse 1250 – 1550
Land of the Iceni: The Iron Age in Northern East Anglia
The Peddars Way - Walking the Norfolk Long Distance Trail
>
also recommended

This Was Formerly a Port Called Blakeney and Cley: Important Dates in the Maritime History of the Glaven Ports 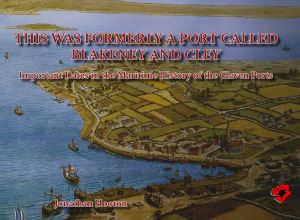 In 1904, Kelly’s Directory for Norfolk described the area around the Glaven estuary as, "This was formerly a port called Blakeney and Cley". Hidden behind this statement is the fascinating history of two north Norfolk medieval maritime powerhouses. This book looks at the key events that shaped the estuary’s rise to medieval trading prominence, its subsequent commercial decline and adaptation to tourist destination by the early 20th century.

For those that enjoy looking for physical remains of the past, the author provides a guide to locating the existing evidence in the area. Explorers of local history can discover stories of war, piracy, wrecks, dramatic rescues, enterprise and disaster hidden within the buildings, mounds and graveyards of this small stretch of north Norfolk coast.