Scholars, Saints and Sinners: the stories of some of Norfolk's more idiosyncratic clergy of the 19th and early 20th centuries 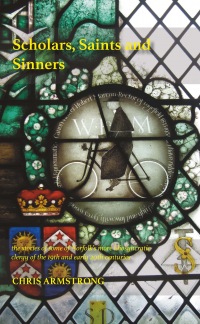 At a time when there were perhaps three or four parish priests cared for an area which today may have just one, some Norfolk clergy found they had ample leisure time. How they used this time depended upon their own inclinations. Augustus Jessopp and Whitwell Elwin of Booton became well known in literary circles. Walter Marcon indulged his passion for cycling while rebuilding the church at Edgefield, Joseph Brereton was a leading educational reformer, while the eccentric Harold Davidson of Stiffkey claimed to have devoted his ministry to the salvation of London prostitutes – an approach which finally resulted in his being de-frocked in a notorious case, the fairness of which is still a matter of debate more than 80 years on. Norfolk born George Smith emigrated to South Africa and became, as Padre, one of the heroes of Rorke’s Drift.

Chris Armstrong, local author, historian and the son, nephew, grandson (twice) and great grandson of Norfolk clergy provides a historical insight into these, and other, Norfolk idiosyncratic clergy.