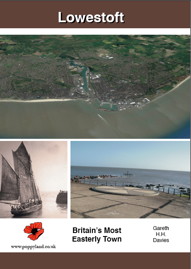 Suffolk’s second town has been characterised by its relationship with the sea whether it be through ship-building or the fishing industry. Competition led to tension with Great Yarmouth, but their historical development followed different paths. Lowestoft came into its own through the entrepreneurial zeal of wealthy townspeople in the Middle Ages and of one man, Samuel Morton Peto, in the 19th century.

This short history in our Town and Village series looks at key aspects in the growth of the community, the town’s move to the cliff top in the 14th century, its gains and losses in the 19th and 20th centuries and its re-branding today as the renewable energy capital of the United Kingdom.