east anglian history books
Poppyland
Publishing
authors
back
<
Fishing Talk: The Language of a Lost Industry
Wells next the Sea - A small port and a wide world (Ppbk)
Lowestoft Fishermen's War: 1914-1918
This Was Formerly a Port Called Blakeney and Cley: Important Dates in the Maritime History of the Glaven Ports
King's Lynn and The German Hanse 1250 – 1550
>
also recommended 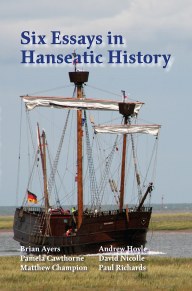 The Hanseatic League was a remarkable and unique organisation in medieval Europe, a system of trade across the continent which stretched from Novgorod in Russia to Lynn and Boston on the east coast of England. Its origins were small groups or hanse, German merchants seeking trading rights abroad as the continent's population and economy expanded. By its heyday around 1400 it linked some 80 larger towns and 100 smaller ones.

In Six Essays in Hanseatic History the authors come together to present aspects of the League from their own perspectives and specialisations. The New Hanseatic League was founded in the Netherlands in 1980, and now including Hull, Kings Lynn and Boston. All its members recognise the importance of international trade and participate in many practical ways, as well as rediscovering something of the story of the first Hanseatic League.