Children of the Empire - The Victorian Haggards 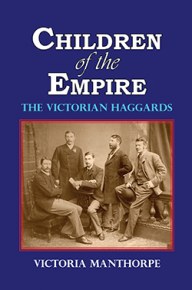 Rider Haggard was the best known, through his books, of ten Norfolk siblings who came to maturity as the British Empire was reaching its zenith at the conclusion of the 19th century. Because Rider was so well known, the others of the family have often been overlooked—yet his brothers were as much involved with the Empire as was he. Their opportunities and careers were dependent on the expansion and maintenance of the colonial world. Theirs is a good story, worth the telling and one which reflects both the vitality and confidence of the British Empire and its intrinsic weakness.

First published in 1996 by Victor Gollancz, we're delighted to be able to bring Children of the Empire - The Victorian Haggards back into print. Click the basket below to order your copy online, or enquire at your local bookshop.