east anglian history books
Poppyland
Publishing
authors
back
<
'Turnip' Townshend - Statesman & Farmer
Scholars, Saints and Sinners: the stories of some of Norfolk's more idiosyncratic clergy of the 19th and early 20th centuries
Grandad's War - The First World War Diary of Horace Reginald Stanley
Breeding Success - My Life as a Norfolk Farmer
Nelson - I am Myself a Norfolk Man
>
also recommended 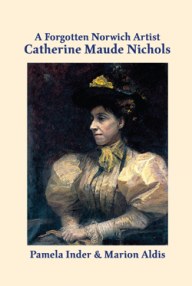 Catherine Nichols was a prominent and busy Norwich artist of the late 19th and early 20th centuries, a woman making a commercial success of her talent in a man's world. She had apparently not left posterity a deal of information about herself, having gone to some length to keep her life hidden, but in A Forgotten Norwich Artist: Catherine Maude Nichols the authors have brought her character to the fore. In this their second title for Poppyland Publishing, Pam Inder and Marion Aldis have expanded on the one chapter devoted to Catherine Nichols in their previous title,'Nine Norfolk Women', as their research took them deeper into her story.