east anglian history books
Poppyland
Publishing
authors
back
<
Fishing Talk: The Language of a Lost Industry
This Was Formerly a Port Called Blakeney and Cley: Important Dates in the Maritime History of the Glaven Ports
Sedgeford Aerodrome and the aerial conflict over North West Norfolk during the First World War
Wells next the Sea - A small port and a wide world (Ppbk)
Norwich at War
>
also recommended 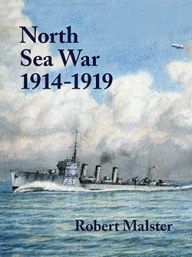 With commemoration of the hundredth anniversary of the First World War commanding much attention, maritime author Robert Malster felt it was was time to bring together the various aspects, often considerably under-reported, of the war in the North Sea. The battle of Jutland generally takes the attention of those investigating that war at sea; the day-to-day activities of the warships of the Harwich Force, the little-known struggle of fishermen in their sailing smacks and the unceasing operations of drifters, trawlers and paddle steamers converted to meet naval requirements as minesweepers and patrol vessels never made headlines. Yet they were reality for thousands of sailors, fishermen and other maritime workers.