Breeding Success - My Life as a Norfolk Farmer 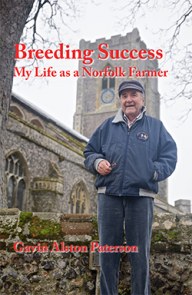 One of Norfolk's best known dairy farmers has recorded his life story in this autobiography. Written in conjunction with journalist Mark Nicholls, he tells how his father moved from a small farm in Scotland to take advantage of the pastures of east Norfolk to build an award winning herd of Friesians. As well as being a personal account of a family story, the book is an historical account of farming in Norfolk in the second half of the 20th century which will form a useful source for those researching agricultural development.