Henry Blogg of Cromer - The Greatest of the Lifeboatmen 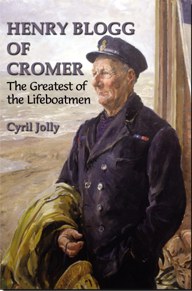 Author Cyril Jolly, 1910-1994, gives an impressive portrait of Blogg and his deeds in this title, first published in 1958. The first edition was reprinted three times; this new edition has been reprinted by us three times and includes extra photographs to further illustrate this epic story of rescue at sea.